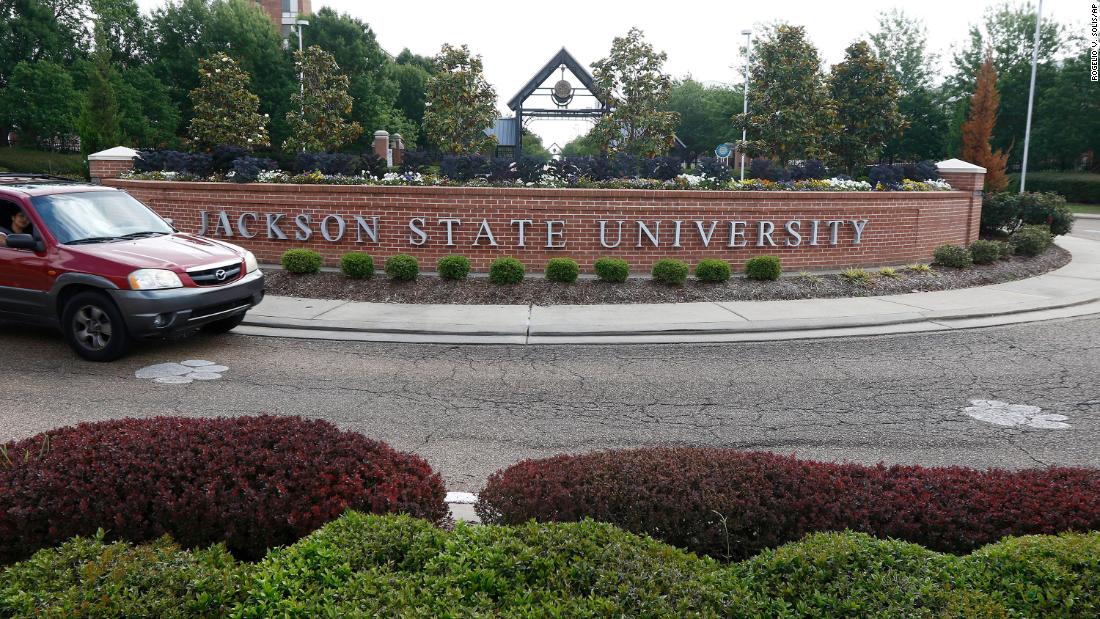 By Dennis K. Smith On Sep 4, 2022
Share
Jackson had been without reliable tap water service since Monday, when torrential rains and severe flooding helped cause an already broken water treatment plant to begin failing. Around 150,000 residents are forced to buy water or rely on an inefficient system of bottled water collection sites for drinking, cooking and brushing their teeth as businesses and schools have been closed.

“It feels like we’re living in a nightmare right now,” sophomore Erin Washington, 19, said. “We can’t use the showers, the toilets don’t work,” she said.

Washington said the campus already had low water pressure and toilets weren’t working on Sunday, and the next day students no longer had access to running water. On Tuesday, the water opened up for a “split of a second”, but was brown and muddy, she added.

On Wednesday, the water supply completely cut off, which Washington said was the “last straw” for her. She has booked a flight back to Chicago in the afternoon and is waiting for university officials to find out if they will resume in-person classes next week.

University officials have scrambled to make arrangements for the 2,000 students who live on campus as they continue to experience low water pressure, university president Thomas K. Hudson.

The university moved to virtual learning on Monday, a change familiar to many students whose in-person classes were canceled and moved online in 2020 to mitigate the spread of Covid-19. School officials are monitoring water pressure “in hopes of resuming in-person classes next week,” Hudson said.

Rented portable showers and toilets have been installed on campus and water is being delivered to students, Hudson said.

Hudson told CNN earlier this week that Jackson State has a supply of drinking water that it keeps for emergencies. The university is also bringing drinking water to keep chillers running for dormitory air conditioning, he added.

“It’s their frustration that worries me,” Hudson said. “It’s the fact that it interrupts their learning. So what we’re trying to do is really focus on how best to meet their needs.”

Jackson’s water system has been in trouble for years, and the city had already been on a boil water advisory since late July. Advocates have pointed to systemic and environmental racism among the causes of Jackson’s ongoing water problems and the lack of resources to address them. About 82.5% of Jackson’s population identifies as black or African American, according to census data.

The main pumps at Jackson’s main OB Curtis water treatment plant near the end of July were badly damaged, forcing the facility to operate with smaller backup pumps, Governor Tate Reeves said this week, without giving details of the damage, which city officials also did not detail.

The city announced Aug. 9 that the struggling pumps were being taken offline. Then, last week, heavy rain caused the Pearl River to overflow, peaking on Monday and flooding some streets in Jackson, while impacting the water intake from a reservoir that feeds the drinking water treatment plant. .

Jim Craig, senior deputy and director of health protection at the Mississippi Department of Health, said a chemical imbalance was created on the conventional treatment side of the plant, which affected particle removal. , causing the temporary closure of one side of the plant and resulting in a loss of water distribution pressure.

A temporary rented pump was installed at the plant on Wednesday, and “significant” gains were made on Thursday, the city said, with workers carrying out a “series of repairs and equipment adjustments.”

However, it is still unclear when drinking water will return to the townspeople. On Thursday, residents of Jackson were urged to shower with their mouths closed.

Hudson said the university receives “an overwhelming amount of support from organizations and individuals who provide drinking water, bottled water and monetary donations through our Gap Fund,” which provides financial support. students for emergency expenses.

“We will continue to work with the City of Jackson for updates on their progress in resuming operation of the water treatment facility. In the meantime, the university will remain open to house our resident students this weekend. -holiday weekend if necessary,” he said, referring to the Labor Day weekend.

City officials reported on Saturday Most of the city’s water pressure is being restored, but a boil water advisory remains in place and pressure is expected to continue to fluctuate as repairs continue. The city said workers were fixing automated systems to improve water quality and production.

“I thought it would be my first normal year”

Trenity Usher, 20, a student at Jackson State, said she thinks this year will be her first “normal year” on campus before the water crisis wreaks havoc on the city.

Usher’s freshman year began in 2020 when Covid-19 prompted universities across the country to move classes online. Usher was one of the few freshmen who decided to live on campus, she said. During its second semester in February 2021, a winter storm froze and burst pipes, leaving many city residents and university students without water for at least a month.

Unlike Washington who was able to return home to Chicago, Usher has to stay on campus as she is part of the school band.

Usher moved into her dorm on August 19 and even then she said water was an issue. “The water from the taps was running out,” she said.

“A lot of people are packing their bags and leaving, the parking lots are empty.” She says. If she hadn’t had to stay, Usher says she probably would have made the trip to Atlanta.

“We train six to seven hours a day, then how are we supposed to take a shower? Usher said. She also has an emotional support bunny that she has to make sure she has plenty of water for, in addition to herself.

Usher said she had to pour bottles of water into her trash can to shower outside due to the water pressure issue on campus, a situation she called “horrible.”

Jaylyn Clarke, 18, a freshman, had been on campus for a week before the floods. She took the opportunity to discover the campus and meet new people. Clarke looked forward to the experience of attending a historically black university and relished the benefits of staying close to home, just a three-hour drive from New Orleans.

Clarke started seeing river flood warnings last Thursday, which made her nervous about the potential for flooded roads nearby and being trapped on campus.

“Basically we couldn’t do our laundry because of the low water pressure, the showers and toilets didn’t work well, and it even affected the air conditioning,” she said, adding that the The water was brown and smelled like sewage.

Clarke ultimately decided to return home to New Orleans on August 30 to shower, wash clothes and take online classes until the issue was resolved.

“I’m going with the flow because I love Jackson State, but this water issue is like a rain cloud, like a shadow that’s cast over it.”

The Razorbacks are fourth in the Carmel Cup