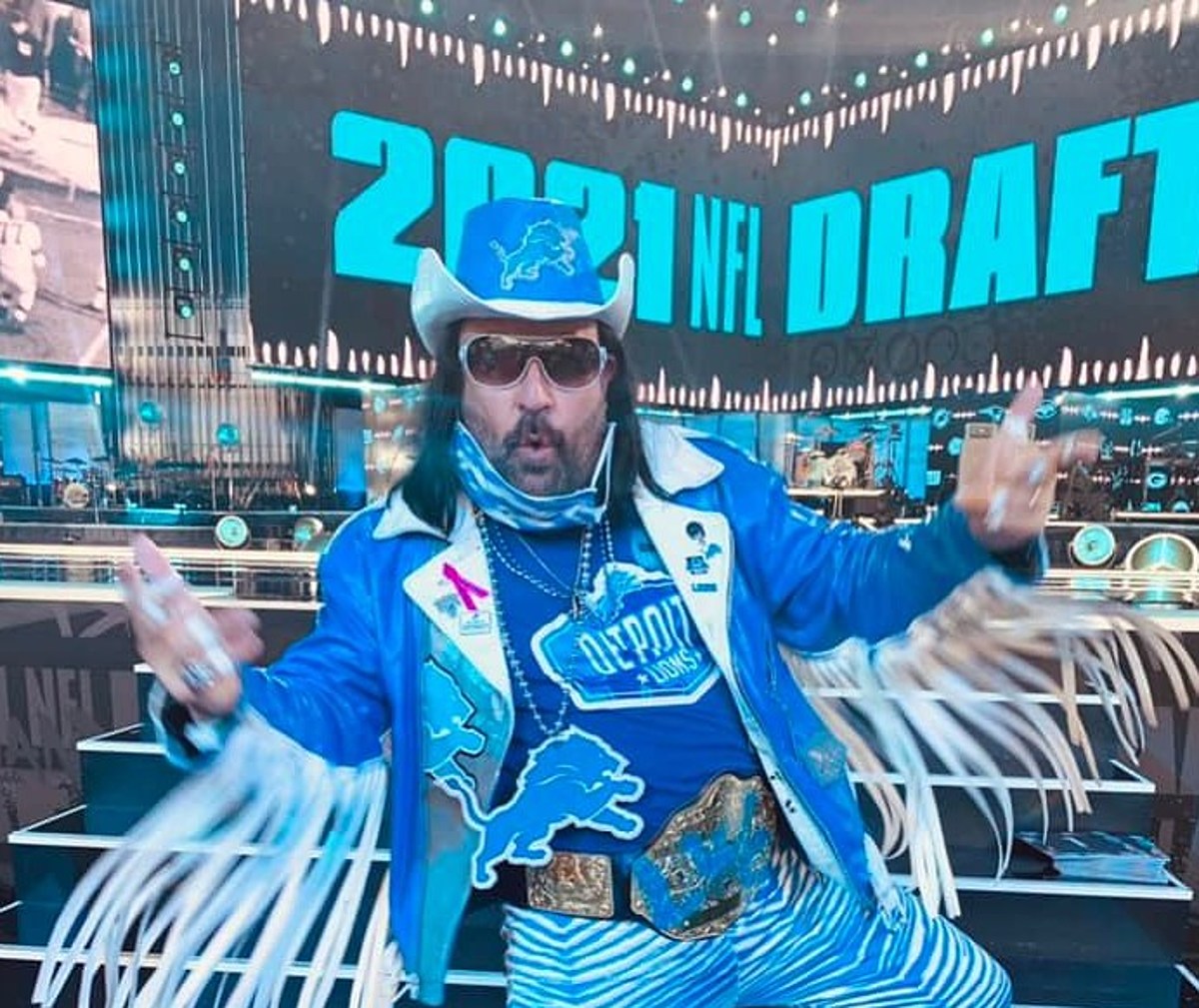 That is so exciting.

Along with the title of Detroit’s Biggest Fan, Gary won season tickets for the Detroit Lions. Detroit’s biggest Lions fan, he’s been a season ticket holder for years. Gary (aka Macho Mane) plans to share the extra tickets with friends and family.

I asked Gary how he felt about being honored with the title of Detroit’s Biggest Fan and this is what he said:

I’m absolutely thrilled. This experience was completely humbling. First it won the title of “Detroit Lions Biggest Fan” and now it has been called “Detroit’s Biggest Fan”; I’ll let that sink in a bit.

What I do know is that Detroit has an incredible fan base. We stick with our teams through thick and thin, and there are a lot of fans who would have been potential candidates for this title as well.

I want to thank #TeamGary and everyone who voted and continued to vote; We made it! I also have to thank Banana 101.5, The Machine Shop and Cars 108 for their support! We made it!

I’ve known Gary Campioni for many years and know his dedication to the Detroit Lions very well, it’s a well deserved honor. Congratulations Macho Mane, we love you!

The University of Michigan alone has seen some great talent come through the doors. Check out this list of just 20 of the notable alumni.

Check out 21 notable Michigan State University graduates over the years. So many great talents have walked through the doors.

NH groups collect supplies for people in need in Ukraine

Allahabad High Court issues notice on PIL requesting financial support/allowance of ₹5,000 for junior lawyers up to 3 years of practice