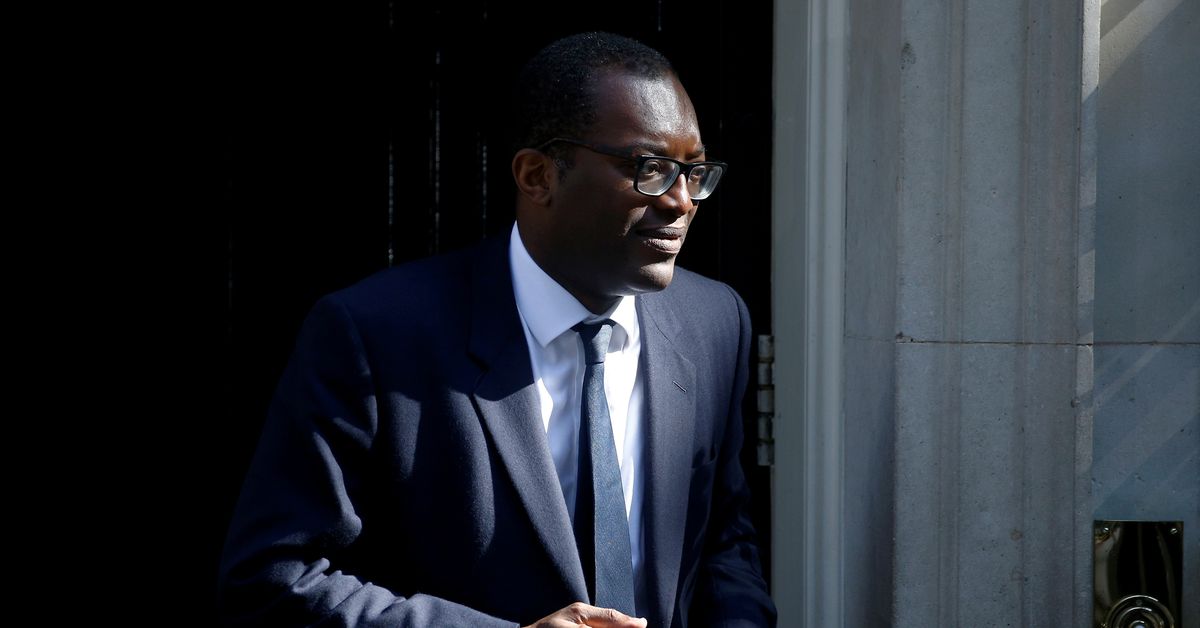 Newly appointed UK Secretary of State for the Department for the Economy, Energy and Industrial Strategy, Kwasi Kwarteng, is seen outside Downing Street in London, UK on July 25, 2019. REUTERS / Henry Nicholls / File Photo

As economies reopen after the COVID-19 lockdown, wholesale prices for natural gas in Europe have risen this year, up more than usual due to high demand for liquefied natural gas in Asia, nuclear maintenance and fewer supplies from Russia.

Record prices have weighed on the UK energy sector, shattering the business model of smaller energy traders and sending shock waves through the chemical and fertilizer markets, leading to carbon shortages.

The UK’s largest energy companies have asked the government for assistance to help cover the cost of taking over customers from companies that have gone bankrupt.

When asked by Sky News whether government-sponsored credit was an option, Kwarteng said, “There are many options.”

“It costs a company to take over hundreds of thousands of customers from another failed company, it costs money, and there can be a provision for some kind of loan, and that has been discussed,” he added.

Kwarteng said about 5-8 smaller UK energy companies got out of the market in an average year, but this year the number could be even bigger.

“We need to have a much more robust set of last resort capabilities,” Kwarteng said, adding that customers should be able to get deliveries at a rate similar to that of a bankrupt company.

A major energy company source involved in the talks said that if a company with many hundreds of thousands of customers goes bankrupt, it would be extremely difficult for another provider to take them over.

“We could expect a loss of nearly £ 500 per customer. How can we cope when the only government support is a loan that we have to repay, ”he said on condition of anonymity because of the sensitivity of the issue.

European consumers are faced with the prospect of rising winter heating bills due to a confluence of global factors that have raised the question of how vulnerable Europe remains to volatility in global energy prices.

The European benchmark gas prices have risen by more than 250% since January, to which also low storage stocks, high CO2 prices in the EU and low production of renewable energies have contributed.

Britain privatized British Gas in 1986 and, after a series of deregulation since then, the consumer market has seen a plethora of different companies – some essentially just traders – supplying gas and electricity to households.

“I don’t want there to be a reward for failure.”

Kwarteng said he also hopes to find a solution to the lack of carbon dioxide used to bubble beer and soft drinks, and also to stunning pigs and poultry in slaughterhouses, as well as preserving the shelf life of meat.

“It’s imminent, but I am confident that we have a very clear plan this week to get CO2 production going again,” he said, adding that he had spoken to Finance Minister Rishi Sunak about the situation.

CF Industries, a US company that supplies 60% of UK carbon dioxide, has ceased operations at two UK plants that produce CO2 as a by-product of its main fertilizer business. Kwarteng met Tony Will, the head of CF on Sunday.

The UK said it might also consider some kind of economic support for the company, Kwarteng said.

When asked by Times Radio whether a solution would involve government funding to get the system back up and running, Kwarteng replied, “It can be, but there are other options on the table. We need to look at other sources View CO2 supply. “