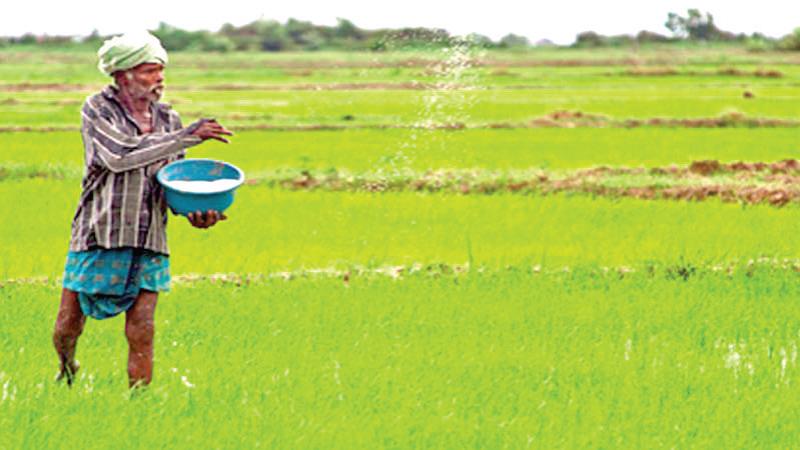 The caretaker prime minister is once again trying to complete the project he was given – his vision was to destroy agriculture, transfer farmland and see farmers in jeans. In 1999 he even promised the farmers in Polonnaruwa chewing gum and gold chains. This was the Parakumba era that Ranil wanted to create. Imagine King Parakramabahu in jeans.

Giving land is nothing more than a subtle incentive to sell the land that the state has given farmers to farm. The land is eventually sold to foreigners or enemies. If food is no longer produced in Sri Lanka, it will be a lottery for importers. It ends any self-sufficiency program but opens doors to false Western funding under the guise of revitalizing agriculture.

We have inherited lands and resources passed down to us by our ancestors to avoid siphoning them off as planned. The ultimate outcome affects Sinhalese, Tamils ​​and Muslims.

If those living on state land set aside for farming do not want to continue, they should be told they can leave and that the land can be given to someone who wishes to continue farming. State land cannot be transferred to private ownership, which eventually leads to the sale of state land, which is a violation of the principle of public trust as a government is only the steward of the land and not the owner to transfer ownership to anyone.

State land is not for sale

Make the farmer do what the government can’t do!

State ownership of land cannot be transferred to a specific segment of the population.

State land belongs not only to this generation, but also to future generations.

We enjoy what was passed down from our ancestors.

Peasants are only part of the state population.

A government cannot give ownership of the land to part of the state title.

This violates the fundamental right to “equality” for all, clearly stated in Article 12 (1).

Farmers are in debt

If farmers are in debt, it is because they have taken out loans and cannot pay the loans.

This means they could borrow without a title deed.

This negates the claim of those who advocate that they must own land in order to get credit and that without owning land they cannot borrow.

State banks and private banks grant loans and have been doing so for decades.

Banks are giving details of how they are lending to farmers.

Silent Message – Leave state lands and give up farming.

A debt farmer with property rights is a step to lure him into giving up farming and abandoning his land. The outcome is being quashed by a campaign designed to create the impression that the government is doing farmers a huge favor by granting them ownership rights to state-owned lands.

Six dangerous scenarios are created by passing the property title.

A farmer living on state land, after receiving ownership of that land, becomes a private landowner and the state washes its hands of any responsibility or support towards him.

The farmer can then be tricked into selling land he now owns – this money is invariably divided among large families living on acres of state land. In the end, he may not have much left.

Imagine 50,000 farmers taking ownership of state lands and being tricked into selling their land, leaving farmers and families with no land to live on, no homes to live on, no livelihood? View the final result of the title deed award.

What are the options?

Covid-19 and the current economic crisis have shown us that we cannot rely on food imports. We must grow our own food and we must protect Sri Lanka’s food security.

The government must give every support to all its departments and officials to help farmers and agriculture.

When farmers are in debt – the government has to work out an aid package for them after examining why they are in debt.

If farmers need training on modern farming methods, they need to be given it.

When farmers are unable to sell their produce due to third party mafia, the government must stop this and act quickly.

Farmers must be seen as vital to Sri Lanka’s self-sufficiency. No government can allow farmers to farm alone with difficulty without support. The problem stems primarily from the lethargy of governments and the inefficiency of officials tasked with helping farmers.

These officials need to be replaced, and governments need to buckle up with a proper national plan that is practical, not just pretty on paper.

If a farmer does not wish to continue farming, the solution is not to give him ownership of state-owned land (with the ulterior motive being for the farmer to sell the land) but to offer him an alternative.

He can give up farming – but in doing so he and the family must clear government land and find alternative livelihood, and that land will be given to a farmer who wishes to farm.

He can be supported with loans and continue farming on leased state land (the government should also consider writing off old loans).

Farmers need to look beyond the joy of owning a piece of paper and the greater perils that lie ahead for the farmer and his extended family who lose government patronage after becoming a private landowner. Politicians and activists who recognize these dangers need to explain the bottom line to farmers.