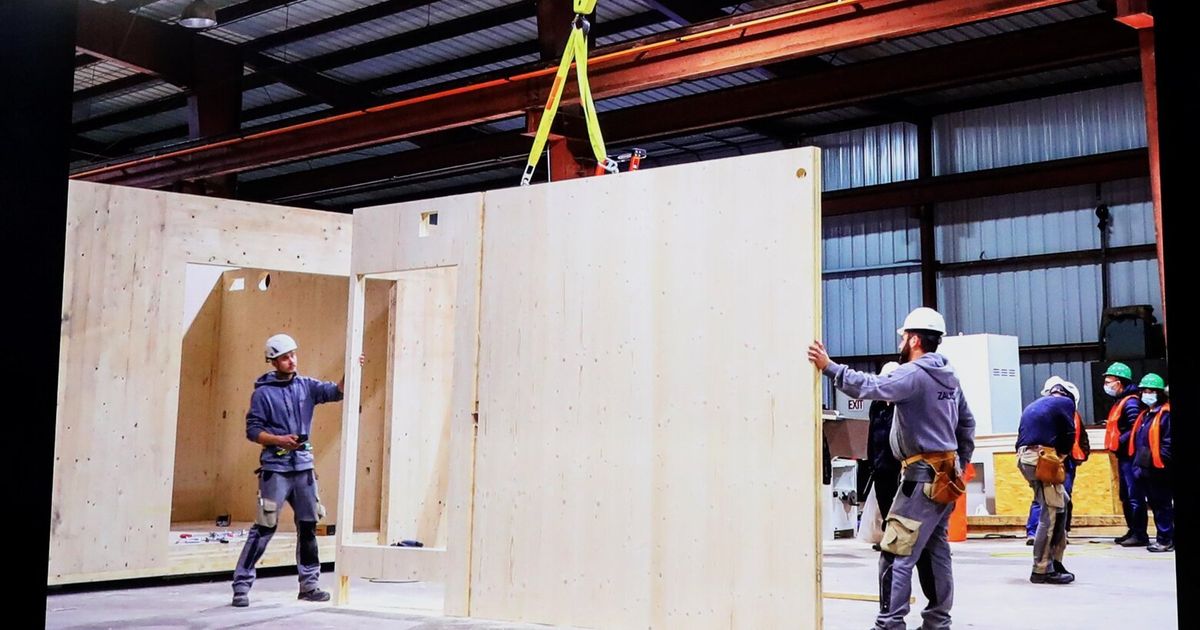 Seattle-based land conservation Forterra NW has fired a vice president following a tribal partner, investors and dozens of former staff alleging problems within the organization and calling for direction changes.

Forterra terminated Tobias Levey “for cause” on October 21, “due to concerns that he could not responsibly or effectively serve the mission of the organization,” according to a statement shared Monday by Forterra.

Levey was vice president of real estate transactions at Forterra. He helped lead a timber and housing initiative at the center of recent complaints from the Snoqualmie Indian Tribe and the Greater Tacoma Community Foundation.

His dismissal is one of the results of an effort by the organization “to uncover information to provide insight into Forterra’s process and protocols that could impact the success of the project,” the statement said.

Forterra did not share details on why Levey was fired. Levey, in an interview on Tuesday, said the exact cause was not explained to him.

“I acted with honesty and integrity at all times,” said Levey, who was Forterra’s third-highest-paid employee in 2020, the most recent year for which tax returns are available. “I acted responsibly and worked tirelessly for the benefit of the communities I served. I am very disappointed with this result and wish Forterra the best for its projects.

The organization has been rocked over the past month by cross-party criticism and demands for a change in leadership.

First, the Snoqualmie Tribe accused Forterra of misleading the tribe and the U.S. Department of Agriculture into securing a grant worth up to $20 million to help fund the ambitious initiative on timber and housing, which has attracted substantial political support and investment across the region.

The idea of ​​the initiative, called Forest to Home, is to harvest timber with sustainable methods on land owned by partners like the tribe, to create jobs in the town of Darrington, Snohomish County, there making wooden panels and using the panels to build housing in places. like Tacoma.

The tribe withdrew its support for the USDA grant, which the federal agency has tentatively approved but not yet disbursed.

Last week, the Greater Tacoma Community Foundation and the Seattle Foundation, which have each invested in Forterra’s work, raised concerns about the delayed status of a long-planned housing project in Tacoma’s Hilltop neighborhood. They demanded answers about their investments and urged Forterra’s board to replace the organization’s leadership team.

In addition, 80 former Forterra staff signed a letter expressing their solidarity with the Snoqualmie tribe. They described the organization as a ‘toxic, unstable and retaliatory workplace’ and called on the management team to be held accountable for ‘longstanding harmful conduct’.

Forterra’s total revenue was nearly $18 million in 2020, having more than tripled since 2015. King County Executive Dow Constantine served on the board of the for-profit arm of the organization, called Strong Communities Fund. Constantine left that board last week without publicly explaining why.

Forterra has deployed an outside entity, Angeli Law Group, to look into the claims of the Snoqualmie Tribe. That investigation is “nearing completion,” with findings expected this week, Forterra’s statement said Monday.

A review of Levey’s actions in particular is also underway, and Forterra is “embarking on a formal internal workplace review” in response to concerns raised by former staffers, the statement added.

“We do not take our commitments to project partners, community stakeholders and the extended Forterra family lightly,” the statement read.

Levey’s prior responsibilities are delegated to other staff and outside experts “to ensure that Forterra fulfills its commitments as transparently as possible,” according to Forterra’s statement.

The Snoqualmie Tribe did not immediately comment on Levey’s firing. The Greater Tacoma Community Foundation declined to comment.