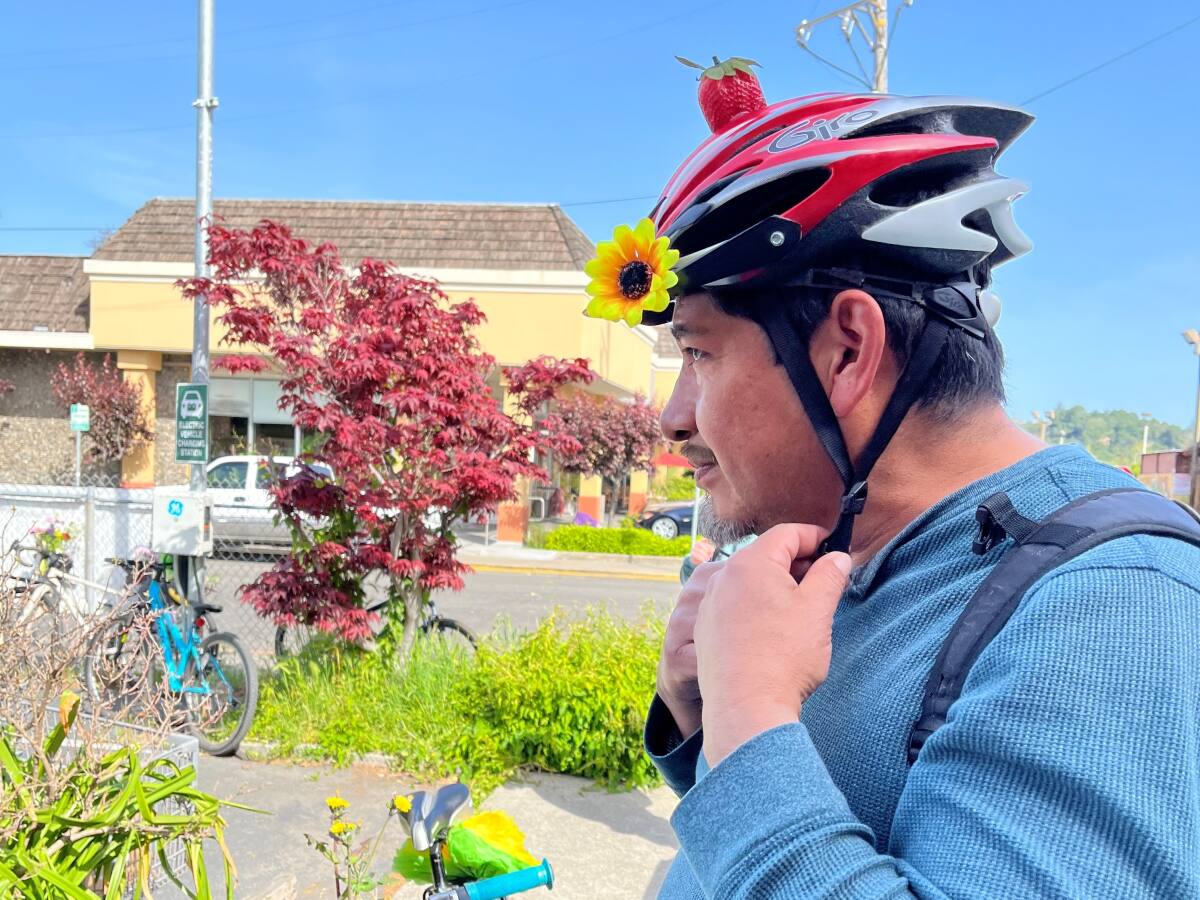 The cyclists cycled from Santa Rosa to Sevastopol on Saturday morning to raise awareness for a nonprofit gardening association during a ride organized by Community Market, the Neighborhood Garden Initiative and the Sonoma County Bicycle Coalition.

The ride began at the Santa Rosa location of the Community Market on Mendocino Avenue, where participants decorated their bikes with ribbons and flowers before taking off along the Joe Rodota Trail. Halfway through the nearly nine-mile ride, riders stopped for snacks and drinks.

The ride ended at the Sebastopol Market location on Sebastopol Avenue where participants enjoyed live music from local American folk musician JP Soden, smoothies and popcorn for the price of a donation, and browsed plants and local art for sale.

All the money raised was donated to the Neighborhood Garden Initiative, an organization founded by Ammon Jordon, a student at Santa Rosa Junior College, which fights food insecurity by setting up vegetable gardens for free.

The art sale included prints and crochet items by three Sonoma State University students, as well as handmade candles by Jordon of the Neighborhood Garden Initiative.

Although the community market has hosted bike rides in the past, this is the first year the event has been used as a fundraiser, according to the market’s marketing coordinator Lisa Waltenspiel. The goal for the event was $4,500, with funds coming mostly from donations, she said.

Jordon said the money will be used to set up gardens in the Bay Area and cover lumber and soil costs as well as general operating costs for the nonprofit.

The organization has so far installed five home gardens in Sonoma and Marin counties, as well as two community gardens in Rohnert Park and Oakland, he said.

“We realized that growing your own food is very powerful and revolutionary. Not many people know how to do it, we are very disconnected from the earth,” Jordon said.

The 1K Project has raised $3.5 million to help Ukrainians