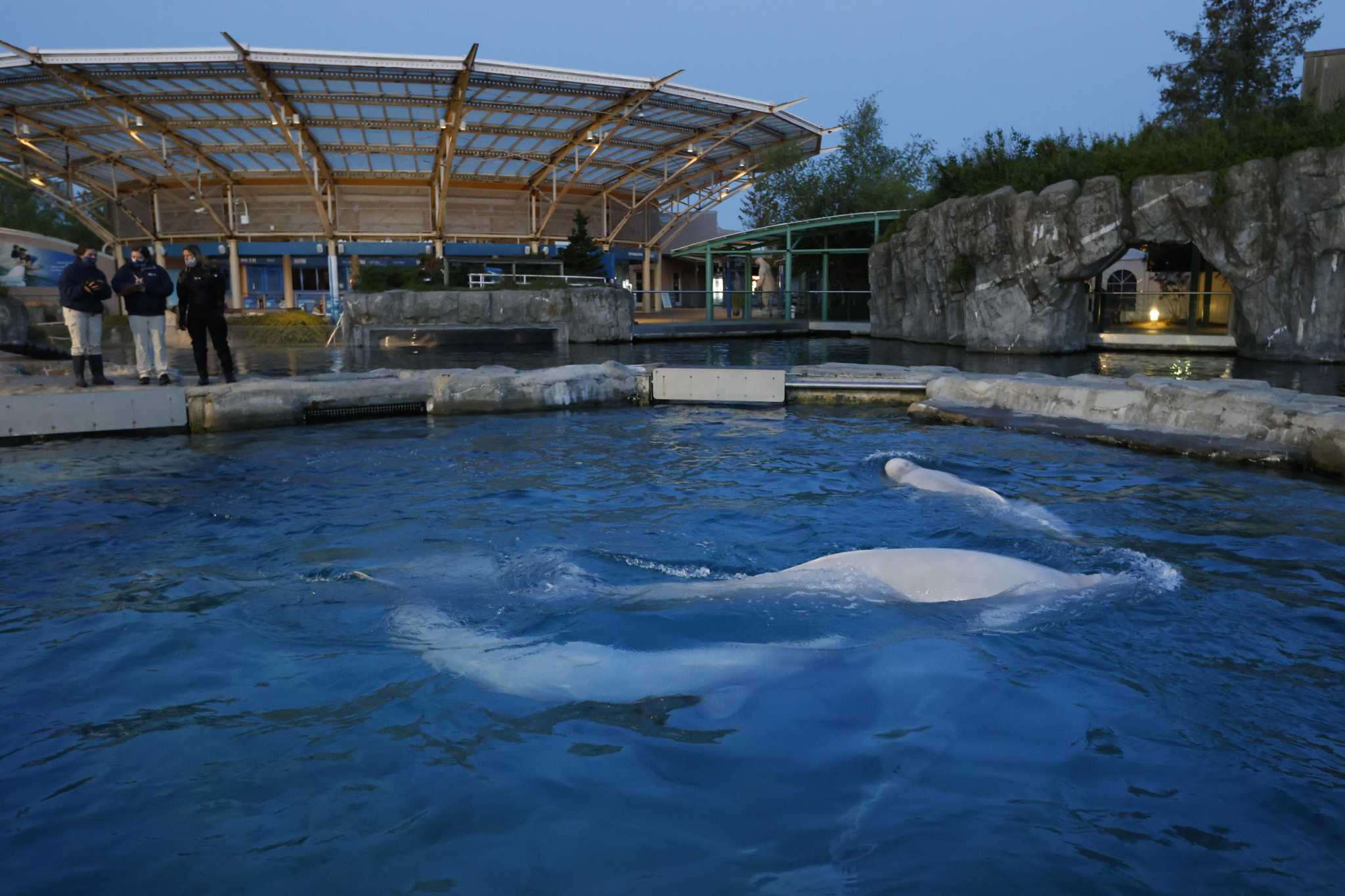 MYSTIC – While some are rallying to support the Mystical Aquarium’s initiative to bring five belugas here from Canada, environmentalists are criticizing the effort.

New York auction house Guernsey’s will host a fundraiser at the Mystic Aquarium on August 19 to raise money to support whales. The auction will help the aquarium recover costs, as well as maintain a suitable environment for whales in the future.

Bringing the whales back from Marineland in Niagara Falls, Ont., Took five years, according to Kendall Rabeneck, aquarium communications manager. The whales joined three others who were already at the aquarium.

â€œThe beluga habitat in Marineland was not sustainable due to overpopulation,â€ Rabeneck said. â€œMystic Aquarium has started working with the Marineland team not only to get these whales out of this situation, but also to provide assistance and best practice advice to their beluga program for the future. “

However, Dr. Naomi Rose, a marine mammal specialist at the Animal Welfare Institute, said she believes the whales should have stayed in Canada.

“Mystic should have worked harder with Marineland to improve conditions there for all the belugas Marineland holds, and then conducted the research there, leaving the belugas in a country that now has stricter legislation protecting captive cetaceans than the United States, â€Rose said.

Representatives for Marineland, a themed zoo and amusement park, did not respond to requests for comment.

During the 22-hour trip from Canada, vets and specialists monitored each whale’s vital signs to make sure they were safe, officials said.

Daniel Pesquera, spokesperson for Mystic Aquarium, declined to say how much the transfer cost, but said it was “well in the millions of dollars.”

â€œOur aquarium now has eight belugas, so we’re in a multi-million dollar zone to provide the best quality of life for belugas possible,â€ Pesquera said.

Arlan Ettinger, president of Guernsey’s, said various art, jewelry, vintage cars and boats will be auctioned off at next month’s event to help support the aquarium.

â€œI applaud their efforts,â€ he said. â€œWe know them as the premier research aquarium dedicated to the protection of ocean life. “

Rose acknowledged that the aquarium was conducting significant research, but said the facility was embroiled in a regulatory issue due to the conservation status of the beluga whales.

â€œThe goal of our coalition was to prevent the United States from becoming a party to this unsustainable trade in wild-caught beluga whales – this is real conservation,â€ said Rose. “Mystic just wanted additional whales for his research, research that may be valuable, but not worth encouraging unsustainable trade in another part of the world.”

State Representative David Michel, D-Stamford, an environmentalist who has strongly criticized the introduction of whales to Connecticut, is also pushing for legislation banning the breeding of these animals.

The National Marine Fisheries Service already bans the breeding of whales and Michel has proposed “a law banning the sale and breeding of cetaceans” to the State General Assembly.

In a letter to Michel, Mystic Aquarium and other organizations, such as the Beardsley Zoo in Bridgeport, called the breeding ban “harmful and cruel” and stressed the importance of breeding these animals.

“It defies logic to distinguish a single natural behavior, above all others, which is prevented in captivity, as ‘harmful and cruel’ to be prevented.”

For more information on the auction, contact Guernsey’s at 212-794-2280 or email [email protected]