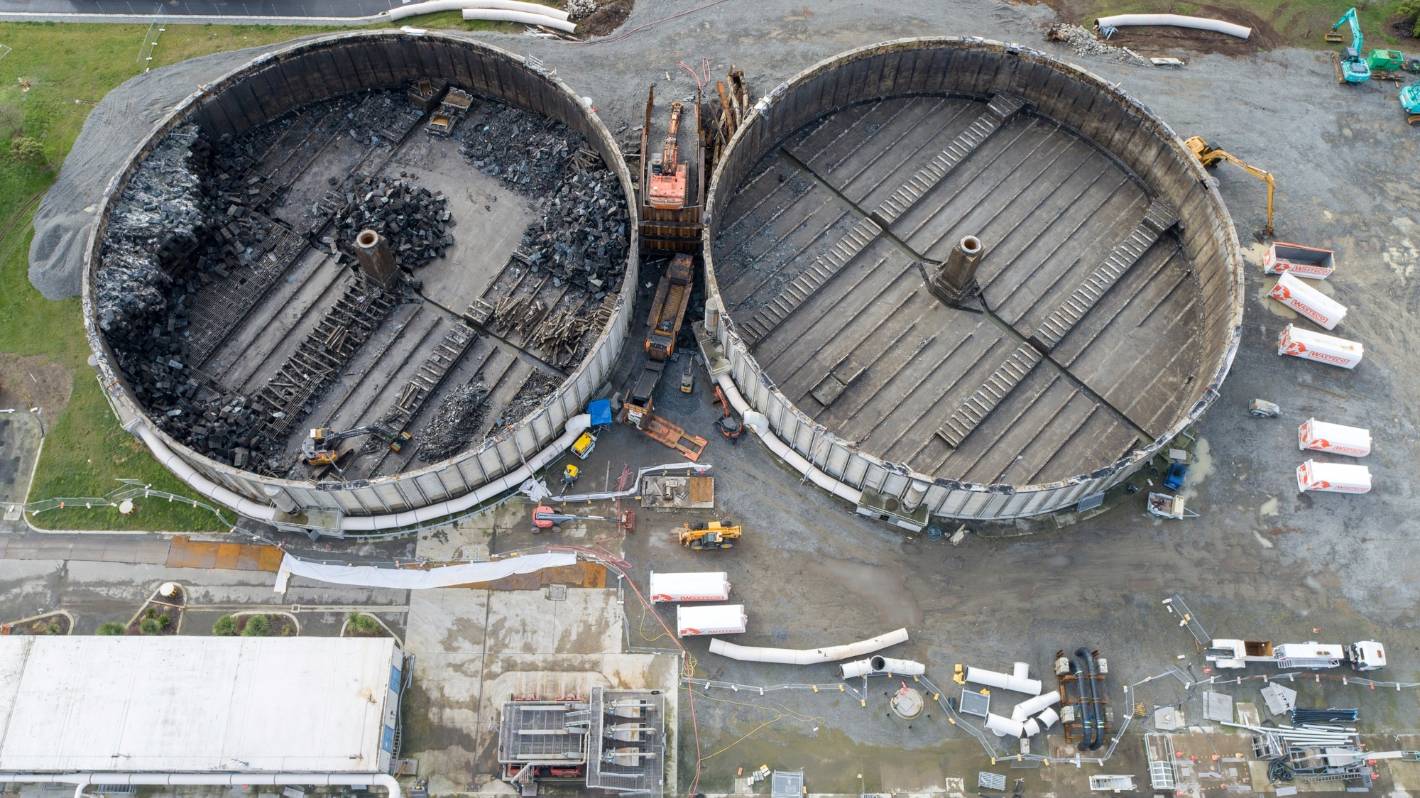 Rotting material from the fire-damaged Christchurch sewage treatment plant will be removed this week – five weeks ahead of schedule.

The update comes as Christchurch City Council approves an additional $180,000 to help residents affected by the stench from the Bromley sewage treatment plant and confirms the dark spots on people’s homes are the result hydrogen sulphide emitted by the plant.

The money is in addition to the $1 million financial aid package approved in May.

The first package included a one-time payment of $200 for around 3,300 households in Bromley. The new money would be spent on expanding support for schools and early learning centers and helping people access health and wellbeing support.

Two residents told the council on Wednesday that people were still feeling the effects of the stench, even though the smell had improved in recent weeks. They both urged the council to do more to help residents.

Samantha Fay, a Southshore resident, asked the council to quickly improve its communication.

She said people still didn’t feel safe walking outside and some were too scared to eat vegetables from their garden.

But long-term health issues from the stench were “extraordinarily unlikely”, Brunton said, because the hydrogen sulfide didn’t stay in the body.

Damaged by fire in November 2021, the Christchurch sewage treatment plant in Bromley has since been producing a stench that has plagued nearby residents.

However, Fay said not everyone was aware of this.

People have also complained of dark spots appearing on their homes.

An independent investigation, published this week, found the stains were likely the result of a reaction between lead-based household paint and hydrogen sulphide emitted from the factory.

The council said the discolouration, most likely related to mould, could be removed by washing it with a chlorine solution.

“We have been advised that the discoloration will likely only be temporary, and a 1966 study of the effects of hydrogen sulfide on lead-based paint does not suggest permanent paint damage,” the council said.

The discoloration was expected to gradually diminish as daylight hours lengthen and the health of the oxidation pools improves.

Thirty-nine owners had contacted the council with concerns about paint stains.

South New Brighton resident Philip Duffy said he did not think it was reasonable to expect community members to clean their own homes.

The council’s managing director of infrastructure, planning and regulatory services, Jane Davis, said staff had not offered a widespread free service, but if anyone in the community was particularly stressed and could not clean their house, council staff would be available to help them.

The council asked staff to report on options to provide a free cleaning service for homes that have been discolored. Staff were also asked to consider assessing internal property damage caused by odors.

Cr Pauline Cotter said the council was not a bottomless pit of resources and did not want to see the council set up a free house cleaning service, especially when it received notice that the stains would be removed .

Cr Yani Johanson said it was only right for the council to take responsibility for helping deal with the fallout from the fire.

More than 2,600 households received a $200 grant from the council, but payments to people living inside a defined area would end on August 12. The board would still consider out-of-zone candidates until August 31.

The new $180,000 would be used to increase the number of schools and early learning centers receiving money to provide activities and events to help children and their families deal with the effects of the smell.

It would also be used to subsidize health visits or transportation costs to get to appointments related to the impact of the smell.

Davis said the material inside the bacteria filters would have disappeared this week and the quality of sewage entering the ponds was already improving. Ponds were also a major source of the smell.

However, the heavy rains received last month have effectively drained the ponds and helped reduce the smell.

Cr Celeste Donovan urged her fellow councilors to vote in favor of the extra money and support for residents.

“I would hate to think this is the first example of stadium brain rationing where we are starting to say we can no longer afford to pay for communities to get the support they need.”