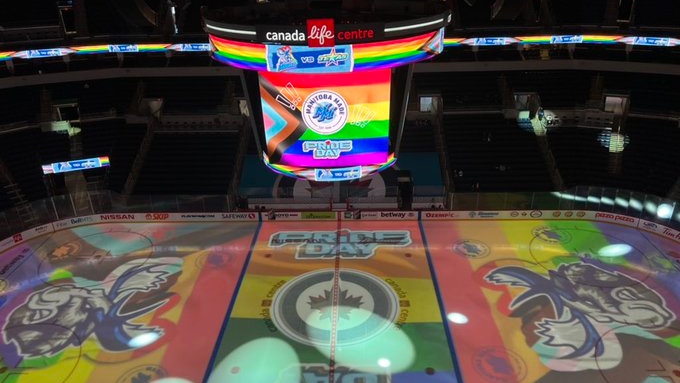 The Manitoba Moose is hosting its second Pride Night – a way to ensure everyone is included in the sport of hockey.

The game was scheduled for Saturday, but was postponed to Sunday due to travel issues.

“We just want to make sure that all of our fans, players, staff, everyone knows hockey is a sport for everyone. We want everyone to make sure they feel included no matter who they are. sexuality, gender, race, background, kind,” said Raquel Payne, community relations coordinator for Manitoba Moose.

“We have people saying it makes a big difference to them being able to feel heard, like included, which is what the initiative is all about.”

While the number of fans in the stands will be limited, Payne said people can still support the initiative.

Manitoba Moose Pride Night t-shirts will be available on the Moose mobile app auction platform, along with t-shirts worn by players during warm-ups. The auction will continue until February 13.

All proceeds will go to the Rainbow Resource Centre.

“They’re just doing really amazing work within our community, within the LGBTQ+ community as well. We’re really excited to help them out,” Payne said.

She said last Pride Night the team raised over $4,000 and hopes to match those donations this year.