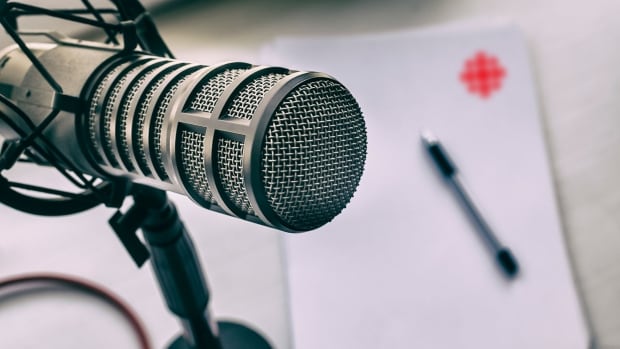 How party platforms stack up on CBC’s future, media support

The media, including broadcast and streaming, was the subject of much debate in the months leading up to the election.

Bill C-10, introduced by the Liberals, would have required many digital media companies to promote Canadian content. The bill was controversial and did not become law until the election was called.

Debates raged under the Liberal government over whether Canada’s media industry should receive government support as advertising revenues fall, and whether CBC / Radio-Canada should change its programming and funding model.

The parties have made important commitments with regard to the media and the public broadcaster. Here are the highlights:

If the Liberals are re-elected, their platform will commit to introducing a law that would force digital platforms, such as Facebook, to share a portion of the revenue generated from news content with Canadian media.

“This legislation would be based on the Australian model and would level the playing field between global platforms and Canadian media,” said the platform.

Likewise, the Liberals pledge to reintroduce a bill to amend the Broadcasting Act of Canada. They will force foreign web giants like YouTube and Netflix to promote Canadian content.

The Liberals are also promising to expand insurance coverage related to the COVID-19 pandemic for media production shutdowns. They also say they will double the government’s current contribution to the Canada Media Fund to support Canadian television production.

On CBC, the Liberals want to â€œupdate CBC / Radio-Canada’s mandate to ensure that it meets the needs and expectations of today’s Canadian audiences with unique programming that sets it apart from the rest of the world. private broadcasters â€.

They say they will provide CBC with $ 400 million over four years in an effort to make the public broadcaster less reliant on private advertising during news and current affairs programming.

At a press conference in Aurora, Ontario on Monday, Justin Trudeau said his party will always support the media.

“I am happy to be here and to defend the work of the media as an essential part of our democracy,” he said. “We will always be here to support and thank members of the press for doing the important work of getting things done, challenging all parties and anyone who wants to lead this country, and holding the leadership to account.”

Like the Liberals, the Conservatives are also proposing that Google and Facebook pay royalties for Canadian news content, adding that they will look at best practices from countries that have taken a similar approach, such as Australia and France.

They promise to repeal Bill C-10, which was the Liberal effort to force web giants to promote Canadian content. Instead, they promise an alternative approach that would require digital streaming services to reinvest a â€œsignificantâ€ amount of their Canadian revenues into the creation of original Canadian shows.

The Conservatives pledge to end the media bailout initiated by the Trudeau government in 2019, when it set aside nearly $ 600 million over five years to support the media.

“Although we support the Canadian media, they should not receive taxpayer money directly,” reads their platform. “Public funding of ‘approved’ media undermines press freedom, a vital part of a free society.”

On CBC, the Conservatives are committed to reviewing the mandate of CBC English television, including CBC News Network, as well as digital news in English. The platform added that the review would examine the viability of a “public interest model like PBS’s in the United States, ensuring that it no longer competes with Canadian private broadcasters and digital providers.”

They also provide a separate legal and administrative structure for Radio-Canada, while ensuring that the French-language broadcaster does not charge user fees for its streaming services or operate a sponsored content department.

In an announcement in Saint John earlier this week, O’Toole said he didn’t believe CBC would have to compete with the private sector in certain areas.

He also reaffirmed that his government would end public financial support for the media.

“We also need to seek to end direct government support for the media, but work with them to try to make sure they move to the digital space, to this new media environment,” he said. “We need to level the playing field with America’s web giants, and we will, while protecting free speech and internet freedom.”

The NDP also promises changes to the Broadcasting Act, in order to create “a level playing field between Canadian broadcasters and foreign streaming giants,” according to its platform.

The platform says the party will force Netflix, Facebook, Google and other digital media companies to pay corporate taxes and contribute Canadian content in English and French.

“Most Canadians now get their news from Facebook, and Netflix is â€‹â€‹the largest broadcaster in the country,” the platform said. “But despite the Liberals’ promise to act, these web giants still don’t pay the same taxes or help fund Canadian content the way traditional media do.”

The party says it will prioritize partnerships with independent Canadian producers and increased funding for Telefilm and the Canada Media Fund, although it does not specify how much.

The NDP pledges to increase funding for CBC and Radio-Canada “to help undo the damage done by decades of budget cuts under Liberal and Conservative governments.” The platform does not specify an amount.

Corn in an interview Along with the Friends of Canadian Broadcasting advocacy group, Singh said he would consider bringing funding for the public broadcaster to levels seen in other countries.

â€œI want us to get to a point where we are not among the least funded in the world. We have to be competitive with what other jurisdictions are doing.â€¦ We want to have properly funded and well funded public broadcasting,â€ he said. -he declares. noted. “I am definitely ready to raise [funding]. “

The People’s Party said during the campaign that it would end the media bailout “to ensure Canada has a free and independent press,” according to a party press release.

As for CBC / Radio-Canada, either the People’s Party would fund and privatize it, or they would change the funding model to a partially donor-driven funding model, like those of NPR and PBS in the United States. .

“What we need are free and independent media, not media that depend on the government for their survival and profitability,” PPC leader Maxime Bernier said in a statement.

The Green Platform says the party supports the regulation of social media platforms and streaming services through the CRTC “as provided for in Bill C-10.”

The party also wants the CRTC to reserve more bandwidth for independent and not-for-profit stations, and pledges to create an independent commission to study the concentration of media ownership in Canada.

Regarding CBC, the party said it would “provide stable core funding” for CBC’s English and French operations, but also wanted to see Indigenous language programs and programs that encourage language learning. indigenous.