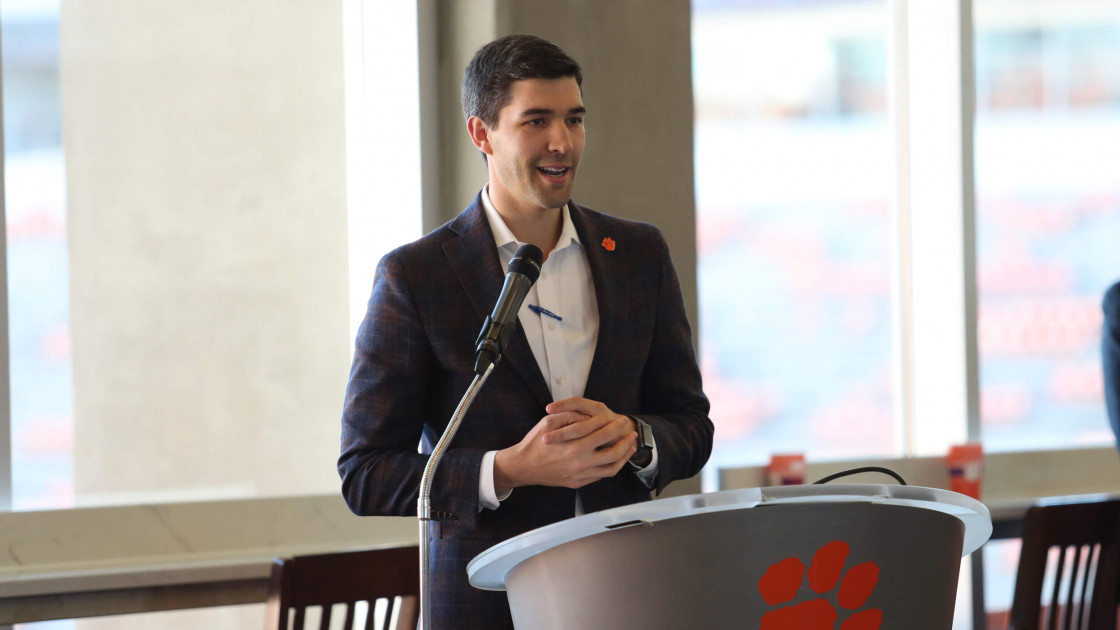 CLEMSON, SC – Graham Neff has been named the 14th athletic director in Clemson University history, President Jim Clements announced Thursday, after approval by the compensation committee of the Clemson board of directors.

â€œOur athletic department has a long tradition of success that continues today, most recently with another national championship for our men’s soccer team, and a deep commitment to student-athlete development. Graham Neff was instrumental every step of the way, â€said Clements. â€œGraham is a much sought-after athletic administrator, a brilliant and selfless leader, and we are delighted with his vision for Clemson athletics.â€

â€œClemson has been the home of my family for nine years, and I am grateful to President Clements and the Board of Directors for their confidence in us,â€ said Neff. â€œClemson is one of the fastest growing universities in the country, with a formidable alignment in all areas of leadership. This institution will remain committed to serving our student-athletes and helping to create the best opportunity to win championships. Clemson’s national profile continues to grow and I believe the best is yet to come.

The 38-year-old has held leadership roles at Clemson Athletics since 2013, including as CFO and director of investment projects before his last post of deputy director of athletics. Neff has helped oversee the construction and funding of over $ 200 million in facility upgrades, contributed to the continued development of IPTAY, and served as a sports administrator for men’s football and basketball.

While at Clemson, the football program won two national championships, the men’s basketball program made two appearances in the NCAA tournament, including a Sweet 16 run in 2018. Academically, the rate of Clemson’s success has been over 91% for seven consecutive years. , and the total cumulative student-athlete average has been over 3.0 for nine consecutive semesters.

Prior to Clemson, Neff spent more than two years in several senior administrative positions at Middle Tennessee State Athletics, with a focus on finance, facilities and external operations.

Neff began his career in varsity athletics as a student manager for the men’s basketball program at Georgia Tech, which progressed to a Final Four in 2004. Neff then worked in the Financial Advisory Services group at Deloitte and Touche from 2006-08, before returning to a finance and ticketing role with the Georgia Tech Athletic Association.

Neff has worked in varsity athletics for over 15 years, after earning a civil engineering degree and an MBA from Georgia Tech. Neff and his wife Kristin have three sons – Grady and twins Emmett and Nolan.

Work for yourself? There are fewer and fewer people like you in Canada – and here’s why