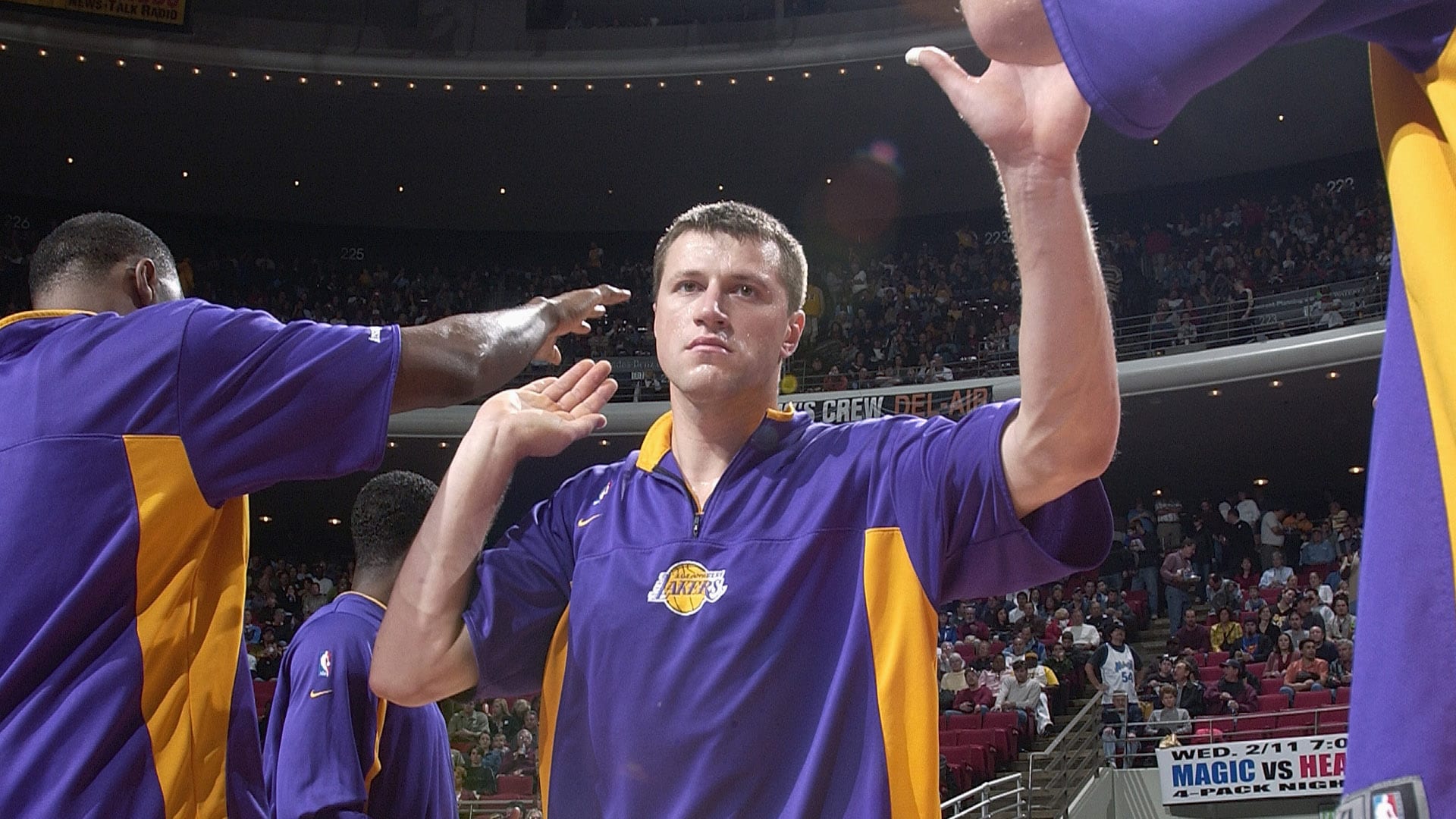 Former Laker player Medvedenko will sell his two championship rings as part of his long-term goals to help his country.

Medvedenko was a power forward on the Lakers’ championship teams in 2001 and 2002, playing alongside Kobe Bryant and Shaquille O’Neal.

SCP Auctions is donating the entire final sale price of both rings to Medvedenko’s Fly High Foundation. Its aim is to support Ukrainian children by restoring sports infrastructure in schools in the war-torn country and launching a network of social sports clubs.

“We want to restore the gymnasiums because the Russian army bombed more than a hundred schools,” he told The Associated Press by telephone on Sunday. “Our country needs a lot of money to repair schools. Gyms will be the last to fix it. In Ukraine we have winter and children have to play inside.

The auction takes place from Wednesday to August 5. The Laguna Niguel, Calif.-based company estimates the two rings will fetch at least $100,000.

Medvedenko said he decided to sell the rings after going to the roof of one of the tallest buildings in his Kyiv neighborhood and seeing rockets launched by Russian forces streak across the night sky.

“Right now I just decided, ‘Why do I need these rings if they’re just in my safe?'” Medvedenko said. “I just recognize that I can die. After that, I’m just saying that I have to sell them to show leadership to people, to help my Ukrainian people live better, to help children.

Medvedenko spoke from Warsaw, Poland, where he hosted a sold-out charity basketball game to raise money for Ukrainian refugees who crossed the border to escape war.

“In Ukraine, we just feel that it’s war, rockets, air alerts. You are so used to that kind of pressure,” he said. “As soon as you cross the border and see how people live normal lives, it’s a different world.”

The 43-year-old is married with two daughters, aged 16 and 11, and a 10-year-old son. After Russia invaded Ukraine in February, Medvedenko sent her children to live with their grandmother in another part of the country.

“After they were there for a month and a half, they were calling me all the time and asking me, ‘Dad, can we go home? We want to be with you and mom,” he recalled.

Five months after the start of the war, Medvedenko reunited his family in Kyiv.

“We have air alerts almost every day. Sometimes it’s three or four times a day,” he said. “The kids are so used to it. They play in our garden. They don’t even stop playing, they’re used to it.

Medvedenko served in the Ukrainian Territorial Defense Forces during the war.

“We were defending our neighborhood, doing checkpoints and service patrols. I’m not the best soldier, I’m not the best shooter, but I can give them support,” he said, adding that he was carrying an AK-47. “I shoot some times, not people. I’m glad I don’t get the chance to shoot someone. Our army has done a great job defending Kyiv. I want to thank them.

Medvedenko was a candidate for Kyiv City Council in the 2020 elections. He was 11th on the electoral list and his party only managed to win nine seats.

Beyond his humanitarian efforts during the war, Medvedenko has long-term goals to help his country.

“After the win, we will definitely come back to this issue of quality changes in sport,” he said. “Ten years in the United States, I saw how it worked. I hope to have in mind the ideal model to change Ukrainian sport.

Medvedenko joined the Lakers in the 2000-01 season. He had his best season in 2003-04 when he started 38 games in place of injured Hall of Famer Karl Malone, and averaged 8.3 points and 5.0 rebounds. Injuries slowed him down later, and Medvedenko was traded to the Atlanta Hawks in 2006-07, his last season in the league.

Medvedenko said he texted former Lakers Mark Madsen and Luke Walton. The team sent sports equipment for use in Ukraine.

“The Lakers family always helps me out,” he said. “The Lakers are always in my heart.”