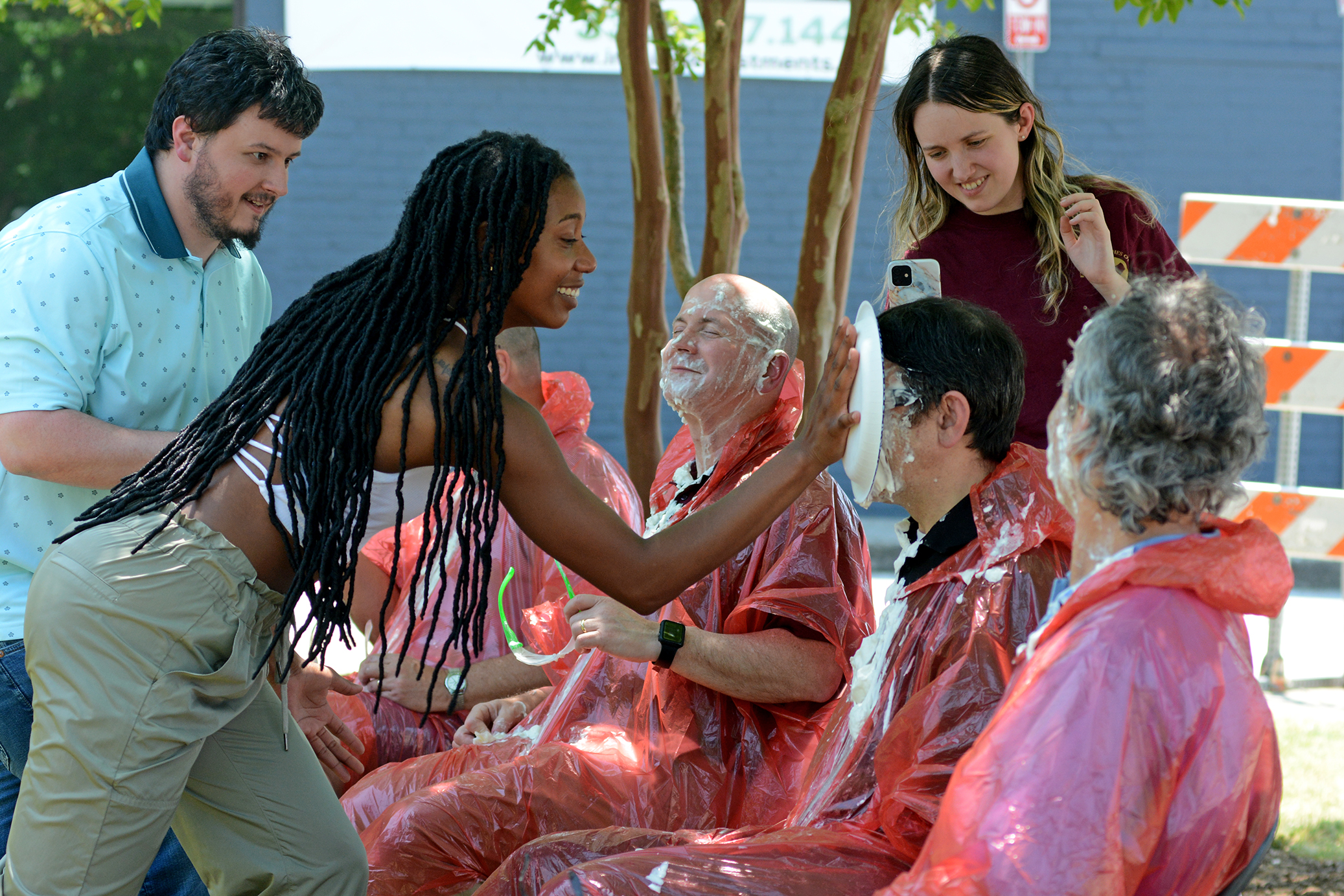 Dozens of students participated in a group of faculty and staff mentors as part of a May 20 lunchtime program to benefit an Elon Law organization focused on helping the community.

“I was trying to think of fun and creative ways to involve students in fundraising,” said Samantha Hepler L’23, Pro Bono board member and lead event organizer. “It was a nice stress reliever so close to exams while raising money for our work.”

Eight faculty and staff stepped forward to be trampled by dozens of students on the “E-Lawn,” one block north of the main law school building:

Students who paid $5 per plate praised the effort and at least one described the event as “money well given.”

“They are lawyers and often seem so distant from us,” Daniel Warren told L’23. “It was so cool to see them outside of class and having fun! »

That brings us back to Molony, who took more pies in the face than anyone else that day as “a compliment,” and his prowess at contract negotiations. Molony agreed to participate on the condition that real apple pie be used rather than whipped cream.

When he learned that Hepler’s husband was an executive sous chef and had baked the apple pie, he changed the terms of the contract. Whipped cream would do just fine.

“I thought that rather than having the pie in the face, I would eat it!” laughed Molony. “Our family devoured it in less than two days – and it was pretty good.”

Australia, US decide to boost Pacific support after China overtures