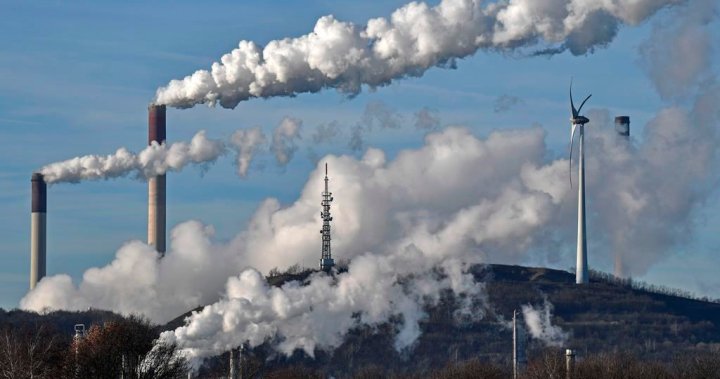 With the denial of an extension for the Belledune coal-fired power plant, the Council of Atlantic Premiers sent a letter asking for $ 5 billion in compensation for the transition and to help ease the Atlantic Loop.

The letter, signed by New Brunswick Premier Blaine Higgs, came after the province failed to extend the equivalency agreement beyond 2024.

â€œLike the four provinces collectively, if we’re all pushed in this direction, then we want to harmonize our approach,â€ Higgs said when asked if it was an ultimatum.

Higgs said the compensation is intended to ensure that the phase-out does not fall on the backs of New Brunswickers who will undoubtedly see electricity rate increases of 20 or 30 percent.

The same is discussed in the letter.

“This effort requires the willingness of the federal government to provide financial support to ensure that our citizens have access to clean, affordable energy and are not burdened by higher energy prices and increased energy poverty,” the letter said.

This is where the Atlantic Loop comes in. The loop is an infrastructure that will facilitate the use of green energy in New Brunswick and the other Atlantic provinces, passing through Quebec and Ontario.

But funding for this project, which peaks at $ 5 billion for the region, is unclear.

Nova Scotia Premier Tim Houston said his meeting with Prime Minister Justin Trudeau earlier this month was positive but that she left no commitment for funding.

Regardless of whether this financial support comes or not, the concern of the member for Restigouche-Chaleur Daniel Guitard is the loss of jobs and the economic spinoffs.

â€œWe have 300 people, we have families there waiting for a response,â€ he said on Thursday. “We have a government which, for political reasons, does not want to invest in the north of the province at all.”

New Brunswick has seen many communities affected by the closure or phase-out of various industries over the years.

In 2004, Miramichi’s largest pulp and paper mill closed and more than 1,280 employees lost their jobs. It never reopened, despite a change in ownership and plans for a solar panel factory, and its own has since been demolished.

That same year, just a few weeks earlier, the Nackawic pulp and paper mill closed. In 2010, the mining industry closed in Minto. In 2016, Sussex lost its main employer with the closure of the potash mine. The Saint John shipyard closed after three years of inactivity, costing 4,000 jobs.

Some progress has been made, particularly in Sussex, where the government secured a contract for road salt at the old potash plant.

“I remember not too long ago the Grand Lake coal plant was scuttled and the impact it had on the area, so I sympathize with the people of Belledune on that,” did he declare.

Austin said phasing out coal is inevitable, but it’s important that the federal and provincial governments put politics aside and ensure that people in this region have something to transition to.

â€œI can tell you firsthand, in my region there is an impact,â€ he said.

The federal government said in an email Friday that both levels of government are aligned with the coal phase-out, but understand the importance of moving the Atlantic Loop forward.

6:25
The impact of climate change on Atlantic Canada

The Impact of Climate Change on Atlantic Canada – August 11, 2021

Black neighborhoods in Chicago are being attacked by high-yield loans

How to support students of color this Tuesday I give