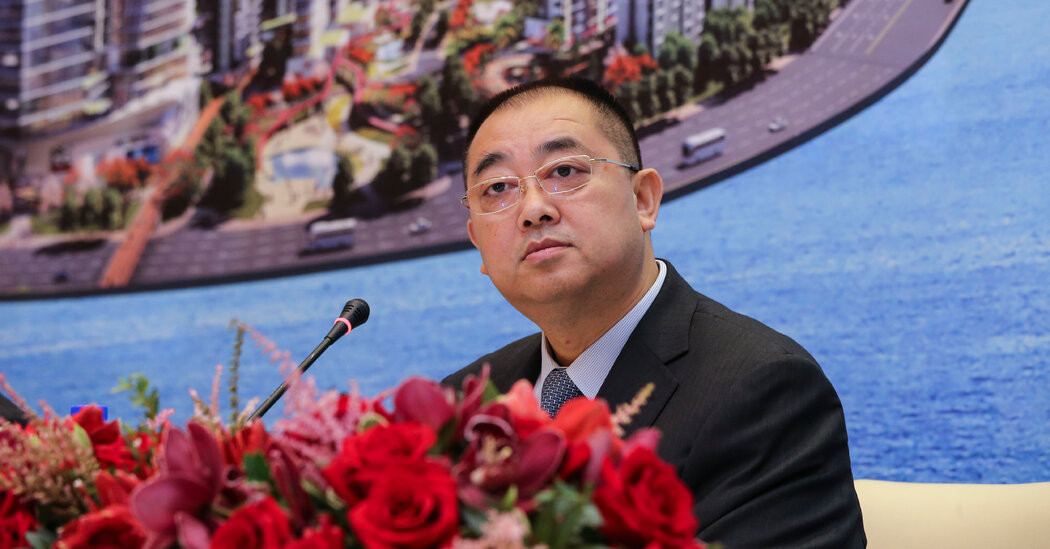 China Evergrande, the embattled Chinese real estate developer, said late Friday that its chief executive had resigned, the latest setback for the company, which is struggling to deal with its stifling $300 billion in debt.

In an announcement, the company said that CEO Xia Haijun had resigned over his involvement in a plan to funnel $2 billion from one of its subsidiaries into Evergrande’s coffers.

A preliminary investigation found the funds, which belonged to Evergrande Property Services, had been used as collateral to guarantee a number of loans, money which was then diverted to Evergrande via a third party, the company said.

Evergrande, which did not identify the third party who facilitated the loans, said the funds were used for “general operations” but did not elaborate.

China Evergrande said it has asked Mr. Xia and Pan Darong, its chief financial officer, to resign along with another executive over their involvement in the plan. Evergrande did not specify what role the executives had played, but it said Mr Xia and Mr Pan had “no disagreements” with the board over the resignations.

Evergrande have said they will announce a restructuring plan later this month. Once China’s largest real estate developer, the company has struggled to repay more than $300 billion in debt to creditors after the government forced indebted real estate firms to curtail borrowing, affecting the company’s ability to pay suppliers and projects to complete. The company defaulted on payments in December.

The debt problems Evergrande is facing have spread to other stretched property developers in China, raising concerns about a possible housing crisis that could threaten an already fragile economy. Evergrande said it had appointed Siu Shawn, a director at the company, as chief executive. It appointed Qian Cheng as its new chief financial officer.

An independent committee investigating the $2 billion Evergrande Property Services is expected to complete its work and issue a report as soon as possible. Evergrande also said it is working out a repayment plan with the subsidiary and is considering hiring a consultant to conduct a review of its internal controls and risk management.

The IRF supports the organization of the 48th Una International Tourist Regatta in Bihać, Bosnia and Herzegovina