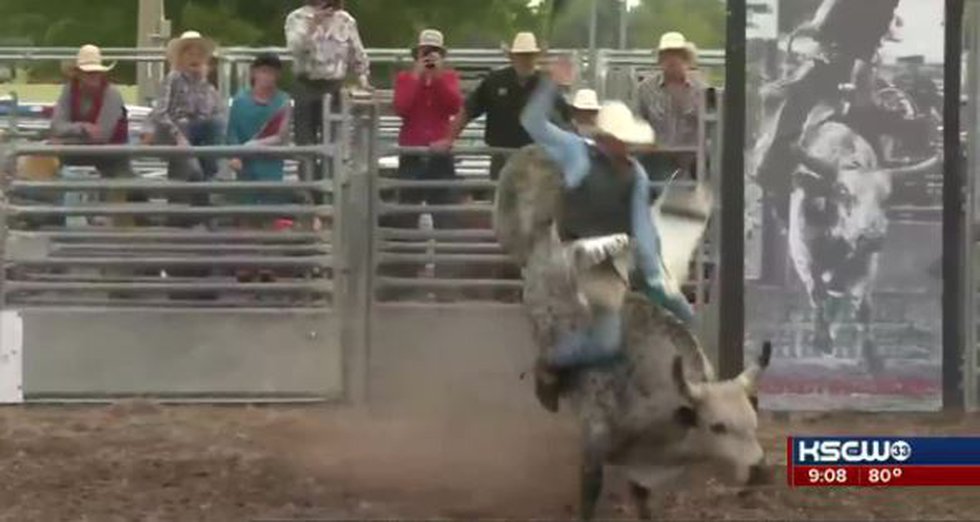 The bull riding event to benefit Fire in the Hills was quite loud, with spectators cheering on some of the best bull riding the state has to offer. And all proceeds support a good cause.

On March 5, more than 30 homes in Reno County were destroyed by the Cottonwood Complex Fire. Now, two months later, Mid Plains Bulls and Broncs have decided to hold the event to maintain support for those who have lost everything.

My sister and my brother-in-law were (among those affected,” said Mid Plains Bulls and Broncs runner Rustin Dymond. “They lost their whole house up there. So many of our friends and family, they all lost everything. We’re just here to try to raise money for them.

The organization hosts a bull riding event every fall in Mount Hope, but they saw this as an opportunity to give back and give people in the community an extra – and extra-special – show.

“I know the town of Mount Hope, everyone here would rush out and help out,” Dymond said. “We can’t give a lot of money out of our own pocket, but we can all come together and raise as much as we can for them.”

“I’ve spoken with United Way, and they still need help,” said event organizer Cara Grier. “So we just want to help (victims) get back on their feet.”

The summer kickoff event wasn’t just about fundraising, it was about having a good time.

Eyewitness News has learned that expenses for the event were paid for by Saturday, so every dollar earned from the bullfighting extravaganza will go directly into the pockets of people whose lives were changed forever more than two months ago.