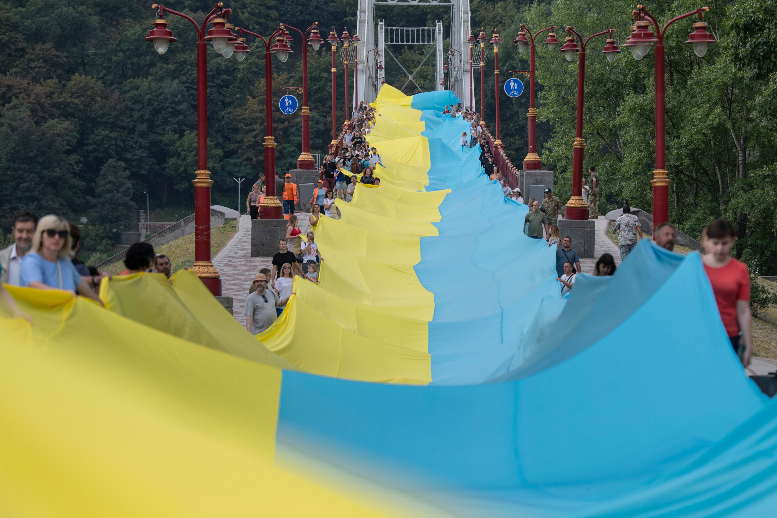 Op-ed by Julissa Reynoso, US Ambassador to Spain, published in El Mundo, August 25, 2022 (in Spanish)

Ukraine, a country attacked by Russia since 2014, has now withstood massive bombings, sieges of cities and atrocities against its people for six months. Ukraine is fighting to defend not only its democracy, but its very survival as an independent country.

August 24 marks the 31st anniversary of independence of Ukraine. Sadly, today also marks six months since the unprovoked and full-scale invasion of Ukraine by the Russian government, an attack so shocking to the international community that it was strongly condemned by the United Nations General Assembly. and prompted two new countries to apply for NATO membership. Alliance.

I arrived in Spain to serve as United States Ambassador less than a month before this unprovoked and brazen invasion. Russia’s war against Ukraine affected the Spanish people and economy, but I was impressed by the exceptional response of the Spanish authorities and the Spanish people, who provided military and humanitarian aid. Spain is always quick to respond as an ally and friend.

Russia’s aggression in Ukraine is one of the most important events for Europe since World War II. We have all seen the images of the aftermath of Russian bombs hitting refugee civilians in schools, theaters and hospitals. Independent media and humanitarian organizations have documented executions in towns like Bucha and Irpin, the torture of uniformed personnel and civilians, and entire towns like Mariupol cut off from basic necessities while enduring devastation and brutal occupation. .

Amid the death and destruction caused by Russian aggression, Ukrainians took refuge in underground bunkers, risked their lives to collect evidence of atrocities and fought, sometimes street by street, to preserve their people, their language, freedom and identity. The resilience and tenacity of the Ukrainian people inspired the world to support their fight for freedom. The Ukrainian armed forces have fought valiantly to defend values ​​that are dear to us all. We must remain united in our support for Ukraine’s sovereignty, democracy and European aspirations. We will also continue to work with the international community to help Ukraine rebuild.

The consequences of Russia’s war are not limited to Ukraine. Russia’s aggression has disrupted the world grain trade, endangering the food security of many populations. The current crisis has also accelerated inflation and retail prices around the world.

The United States continues to support all efforts to ensure that Ukrainian food products reach world markets. We will continue to press Russia to adhere to the agreement allowing transit of food shipments from Ukrainian Black Sea ports.

Despite the enormous cost that Vladimir Putin has inflicted on Ukraine and the world, the sanctions imposed by the United States, Spain and our partners and allies are intended to compel the Kremlin to cease its violence and weigh heavily on the economy. Russian, which required (and unsustainable) Kremlin intervention to avoid major damage.

Evidence cannot be hidden and is obvious to all. The Kremlin has not released key macroeconomic measures for several months. Russia has already missed two debt payments and defaulted on its foreign currency debt for the first time in more than a century. Coordinated sanctions also froze more than half of the Russian Central Bank’s reserves, money the Kremlin would otherwise use to fund its war machine. Lack of access to imports and finished products, especially products incorporating sophisticated technologies, will further hamper production, transportation, and the production and maintenance of military equipment.

Since the large-scale invasion of Russia began in February, more than 50 countries, including Spain and the United States, have come together to provide security assistance to Ukraine so that the Ukrainian people can defend themselves.

The United States has committed nearly $10 billion in security assistance. including artillery systems and ammunition, armored vehicles and advanced air defense systems for Ukraine. Amid this crisis, Spain has actively participated in NATO defense efforts and supported Ukraine’s defense with donations ranging from ambulances to ammunition.

Ukrainian civil society has expanded its humanitarian response efforts, reaching nearly 12 million people with assistance. The United States is proud to support their efforts with more than $1.2 billion in humanitarian assistance this year alone.

Likewise, the Spanish people and the Spanish government have opened their homes and their hearts to Ukrainians seeking refuge. I have witnessed first hand this generosity of Spanish spirit. From collecting clothes at my son’s school, to the Spanish Society of Pediatric Hematology and Oncology filling the gaps and providing lifesaving treatment to sick children, to leadership of the Spanish government in granting temporary protection to more than one hundred thousand Ukrainians, Spain has demonstrated its solidarity with Ukraine with deeds, not just words.

How the financial services industry can support financial inclusion